Years ago, Kenneth Ferguson was helping to build a house for Habitat for Humanity when he handed two little boys a box of nails.

One of them, the homeowner’s son, badly wanted to help with the construction, and Ferguson allowed the child and another boy to help nail the walls, said Peter Kidder, executive director of Lenoir’s Habitat chapter.

“So there are approximately an extra 20 or 30 pounds of nails in that house because those boys went through every single wall and nailed it down about three times much as it needed to be,” he said. “But with that simple gesture, those kids felt like they made a huge difference.”

That was emblematic of Ferguson, who was affiliated with Habitat, a nonprofit housing organization, from 2002 until his death in 2019. He instilled in family and his circle of friends a love for Habitat and a desire to contribute to the community.
To honor his legacy, Ferguson’s family has decided to sponsor five Habitat houses, one for each of his beloved grandsons, said one of his daughters, Kenvian Ferguson.

“Pete came to me after Dad passed away and said, ‘I’ve got an idea. Let’s do a build for Ken, … just because he was a huge part of Habitat in Caldwell County,” she said. “So there were several things important to our father besides me and my sister: He has five grandsons, so anytime you met my father, he would tell you about his five grandsons whether you wanted to hear it or not.

“I said to Pete, why don’t we do a build for Ken and build a house for each grandchild, and have that grandchild help work on that house?”

Ferguson and Jennifer Beason, her sister, said that her father instilled a love for Habitat in his children and grandchildren. But Beason said he also taught them that while donations were nice, they should contribute with more than their money.
“It’s just not about giving money to Habitat. Dad taught us it’s about sweating it. Like, it’s great to give your money, but get in there and grab a hammer and help out,” she said. “That’s been real important to our sons. They love that idea.”

Beason recalled that about 15 years ago the roofer for a Habitat project didn’t show up, “And my 70-year-old dad ... got on top of the roof and was finishing the roofing.”

The family began figuring out the logistics of this five-house project last year. The five houses will take about three years to complete. When it’s the turn for his house, each grandson will release a story about the values his grandfather instilled and why Habitat is important to them.

Beason said that they want to inspire the next generation to give back.

“This is the perfect project for Dad. And it’s perfect because it’s Habitat and it’s Pete and how he inspired these grandsons to be involved with Habitat and to pay back to the community, and I just think that’s the lesson that he would love,” she said. “I think Dad felt very blessed. He came from humble beginnings, and I just think that was important for him to give back. His Christian faith kind of demanded that of him.” 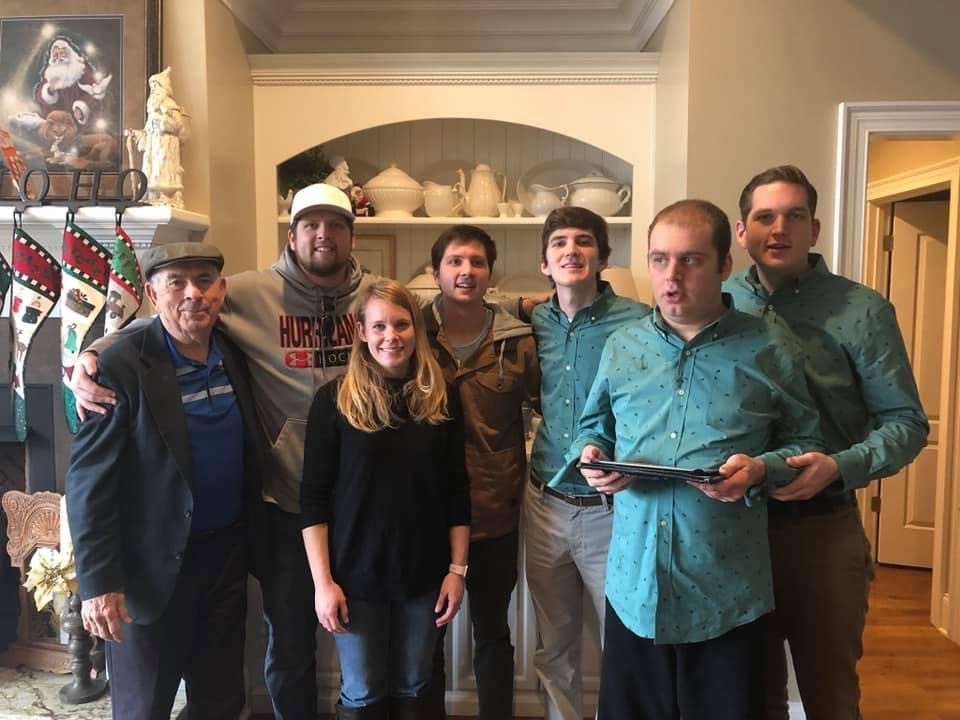